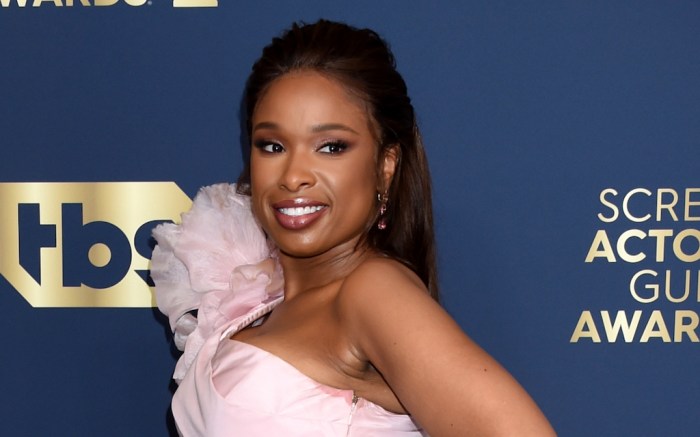 Jennifer Hudson takes a minute to smell the flowers in her look at the 2022 SAG Awards. The “Respect” actress is nominated for “Outstanding Performance by a Female Actor in a Leading Role” for her portrayal of Aretha Franklin in the film.

For the outfit, Hudson went with a pink floor-length Vera Wang gown that featured dramatic flower embroideries, in the same hue as the dress, placed along her right shoulder and diagonally on her left hip. The dress also had ruching along the bodice for an accentuating touch. The garment also had a train and a slender skirt design.

Hudson kept her accessories simple with a couple of rings and dangling earrings from Pomellato.

Although Hudson’s shoes got covered up by her billowing hemline, it’s safe to say that she opted for platforms or pumps that aligned with her flowery vision.