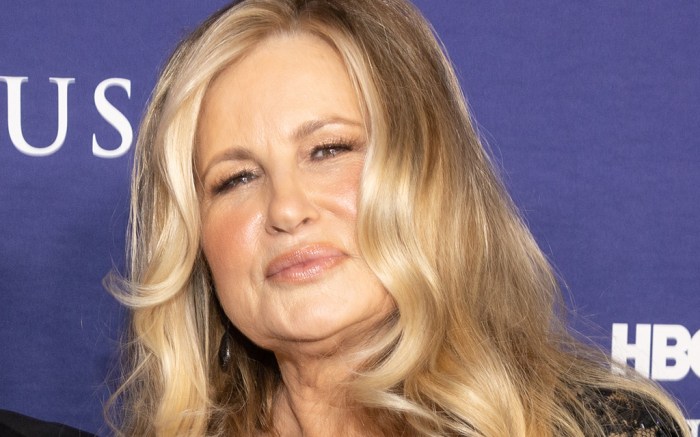 Jennifer Coolidge graced the blue carpet for the premiere of season two of HBO’s original series “The White Lotus”. The event was held at Goya Studios in Los Angeles yesterday night and brought together the series stars including Coolidge, who was dressed in a risky Dolce and Gabbana gown and barely-there sandals.

The “Legally Blond” actress was a stand-out star on the carpet. Coolidge’s dress from Dolce & Gabbana featured a sweetheart neckline, a lacy hemmed skirt, and was adorned with shimmering sequins. The 61-year-old wore her blond hair tousled and curled, mirroring those blond bombshell vibes a-la Farrah Fawcett or Marylin Monroe.

On her feet, Coolidge donned sleek black strappy sandals accompanied by thin stiletto heels, around 3 to 4 inches, that acted as a boost that helped the 5’10 starlet reach new heights. A closer look at the go-to closet staple saw the versatile footwear secured in place with thick straps running across the tops of her feet and around her ankles.

Many stiletto sandals typically feature a simple strap across the toes and a fastener strap around the ankle, creating a barely-there construction. The heel of a stiletto sandal is often 4 inches or above, adding some height for a flattering silhouette.

“The White Lotus” is an American comedy-drama anthology television series created by Mike White. The program follows the guests and employees of the fictional White Lotus resort chain, whose stay becomes affected by exploits and misadventures over a week-long period. The second season will be set in Sicily and will premiere on Sunday, Oct. 30 at 9pm ET/PT on HBO. It will also be available to stream on HBO Max. The season will consist of seven episodes. 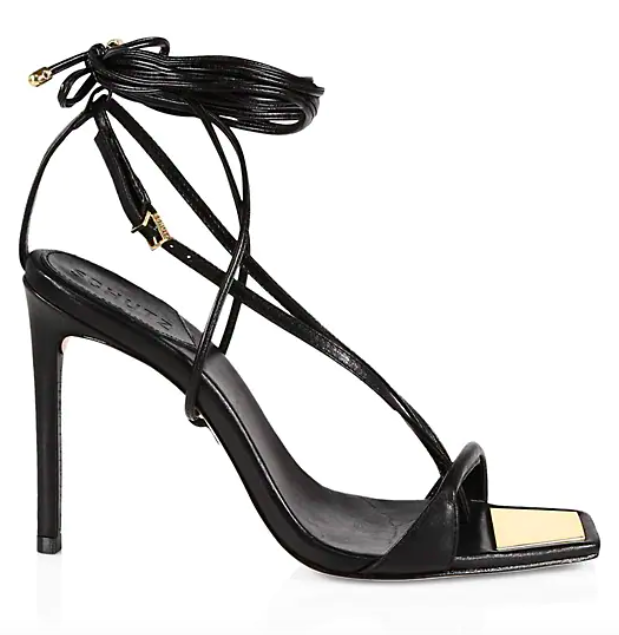 PHOTOS: Discover high heels through the decades in the gallery.