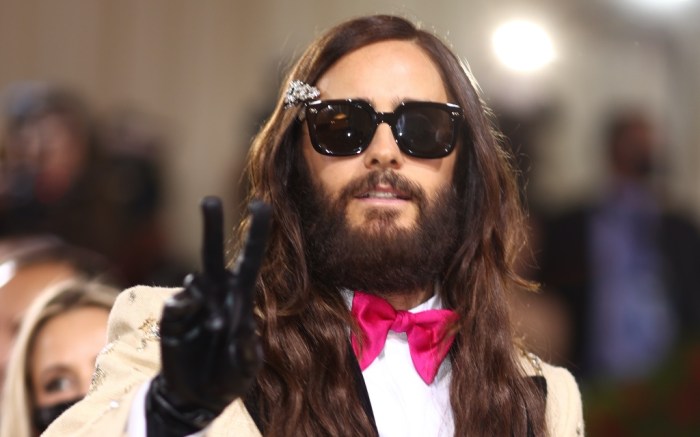 Jared Leto had us seeing double (and triple) when the “Morbius” actor attended the 2022 Met Gala on Monday night in NYC.

He hit the red carpet matching from head to toe with Gucci creative director Alessandro Michele. They both wore cream Gucci suits with crystal embellishments and black details. The duo wore matching sunglasses, black leather gloves, pink ties and hair clips. They finished off the twinning look with a red Gucci clutch bag.

Leto and Michele also matched their footwear. They each wore black boots that were barely visible under their trousers. In the past, Leto has been known to wear a stacked-heel boot and statement sneaker on the red carpet.

Many fans and even Met Gala paparazzi mistook another guest for Leto on the red carpet, even though the actor had a double with him. Fredrik Robertsson, editor-in-chief of Stockholm’s Boy Magazine, wore Iris Van Herpen and had some fans convinced it was Leto.