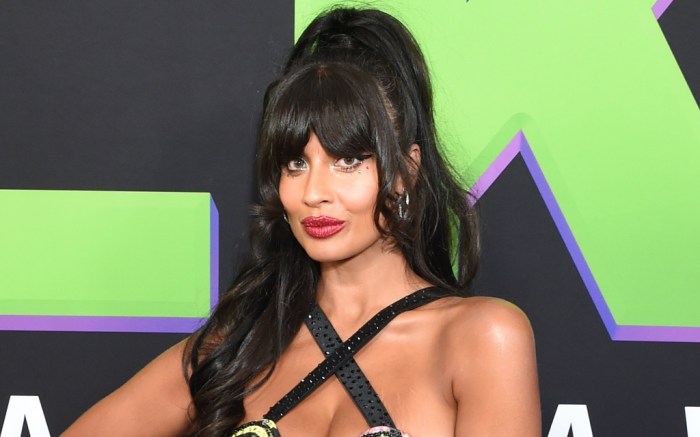 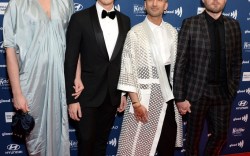 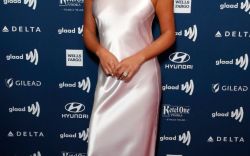 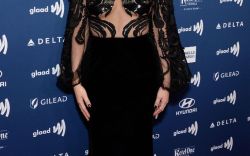 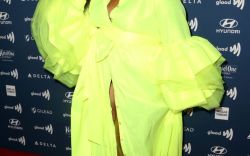 Jameela Jamil brought daringly punchy style to the red carpet for the premiere of Marvel’s “She Hulk: Attorney at Law.” The show, in which Jamil plays the villainous Titania, drops on Disney+ on August 17.

When it came to shoes, Jamil’s heels also packed a sparkling punch — thanks to Christian Louboutin. Her black “Hot Chick” style featured triangular toes and curved counters, with a burst of glamour from glistening allover crystals. Completing the pair were stiletto heels totaling 4 inches in height, as well as Louboutin’s signature glossy red soles. Though Jamil’s colorway appears to be sold out, a range of additional Louboutin styles and “Hot Chick” pumps can be found on Saks Fifth Avenue’s website.

The “She-Hulk: Attorney at Law” premiere was held at the El Capitan Theatre in Los Angeles on Monday night. The show follows lawyer Jennifer Walters (Tatiana Maslany), who gains Hulk-like superpowers and uses them to battle evil forces while continuing her public-facing law career. Dropping on Disney+ on August 17, the series also stars Jamil, Mark Ruffalo, Ginger Gonzaga and Renée Elise Goldsberry. In addition to the main cast, the premiere was also attended by Sasha Banks, Daphne Le, Josh Segarra and Griffin Matthews.

Discover Jamil and more stars at the GLAAD Awards in the gallery.