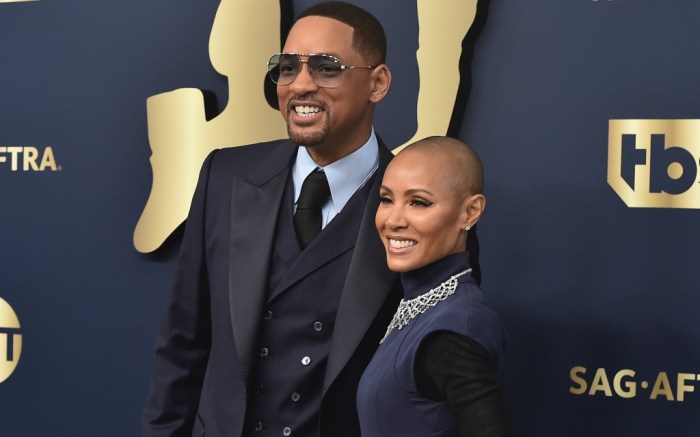 Will and Jada Pinkett Smith proved they still make the perfect pair on the red carpet—matching outfits included—at the 2022 Screen Actors Guild Awards on Sunday night in California. Smith is notably nominated for Outstanding Performance by a Male Actor in a Leading Role for his starring role in the drama film “King Richard.”

“It’s something I bought awhile ago,” Pinkett Smith shared with Laverne Cox for E! while discussing her dress on the red carpet. “Had it in the closet, and I was like, ‘You know what? I think girl is ready for the SAG Awards.’ So, pulled it out.”

For footwear, Pinkett Smith’s weren’t visible beneath her gown’s bold skirt. However, it’s likely she paired the Pugh piece with pointed-toe pumps or platform sandals for a stylish height boost—which were two of the evening’s top shoe silhouettes.