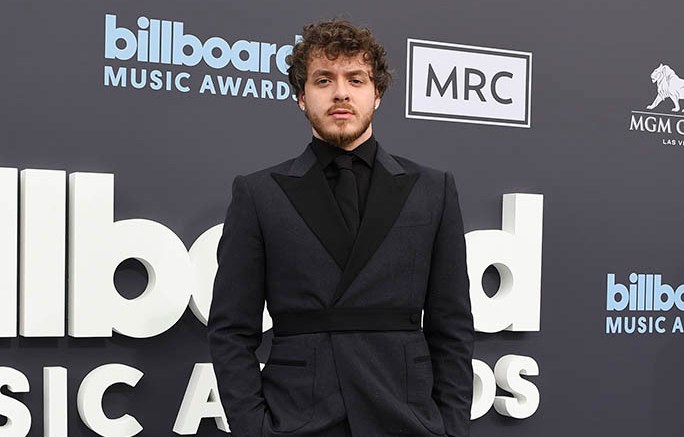 Jack Harlow was sharply suited at the 2022 Billboard Music Awards on Sunday in Las Vegas.

Harlow’s latest appearance comes a week after releasing his new album, “Come Home the Kids Miss You.” This is his second studio album, which includes his chart-topping hits “First Class” and “Nail Tech.”

The rapper looked dapper as he lead the way in an all-black ensemble. Harlow’s outfit consisted of a dark suit jacket that had structured shoulders and sleek lapels. He teamed the overcoat with a black button down shirt and matching tie.

Harlow continued with a monochromatic aesthetic by completing his look with black pants. The bottoms were steamed with seamed creases. The sharp hemline on his pants help to show off his shoes. To keep things smooth, the “What’s Poppin'” hitmaker rounded out his look with black suede shoes. The shoe style had an almond-shaped toe and firm outsole.

When it comes to fashion, the FN cover star is known for having an incomparable sneaker collection. He has never been shy about his love for New Balance and timeless streetwear pieces.