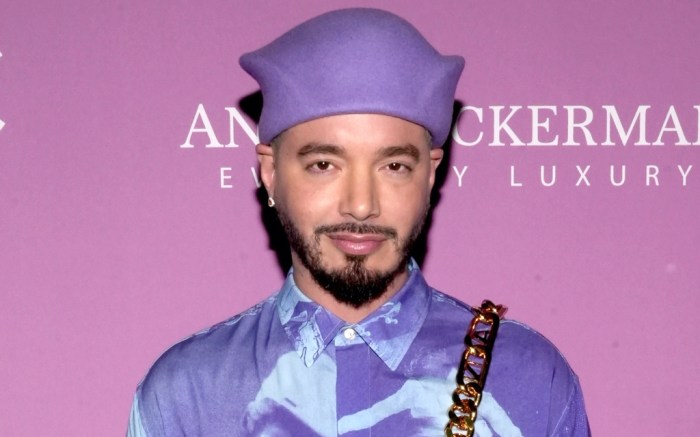 J Balvin swapped suiting for a colorful streetwear ensemble at the 2022 Accessories Council Excellence (ACE) Awards. The Colombian musician made waves at the event’s ceremony at Cipriani 42nd Street on Monday night, where he was bestowed with the Global Style Icon award.

Ferrer also packed a punch with her ensemble, wearing a strapless black gown with a pointed bodice and daring thigh-high slit. Accenting her sleek dress were minimal accessories, including a gold chain link necklace, stud earrings and a wraparound bangle bracelet. The model completed her ensemble with a snakeskin clutch and metallic gold square-toed sandals.

When it came to footwear, Balvin opted for a set of chunky sneakers, also from Dior. His set featured rounded-toe uppers in a range of blue tones, as well as a lace-up silhouette with stitched quilting reminiscent of the brand’s iconic “Lady” handbag. Finishing the set were molded rubber soles with similar geometric embossments, as well as “Dior” lettering on its toes — creating an elegant ensemble that was streamlined and chicly casual.