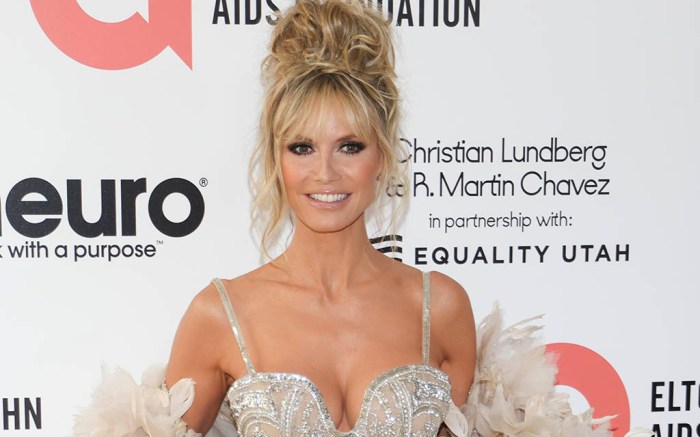 Klum looked glamorous in a sequined and sparkly mini dress. The dress had a scalloped hem and straps that came bedazzled in silver crystals and beads. The TV personality slung a pink feather shrug over her shoulders, also decorated sparkling embellishments.

The supermodel kept her hair up in a messy bun with face-framing fringy bangs.

For footwear, Klum opted for a bedazzled pair of strappy heels with a nude undertone. The crystal-encrusted heels shown brightly under all the lights, matching the sparkle in the model’s dress.

Kaulitz also sparkled in an embellished black suit. The fabric had a sheen that offset the black-on-black look, keeping it from looking too dull. The musician coordinated with classic dress shoe that had a shiny finish.

Click through the gallery to view more arrivals at the 2022 Oscars red carpet.