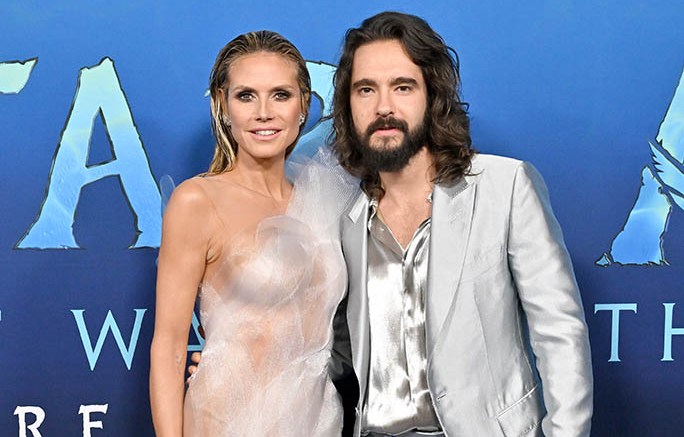 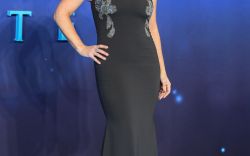 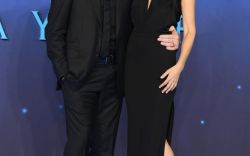 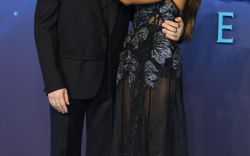 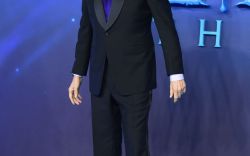 Heidi Klum made a fierce and frosty appearance at the “Avatar: The Way of Water” premiere held at the Dolby Theatre in Los Angeles on Dec. 12. The “America’s Got Talent” judge arrived at the event alongside her husband Tom Kaulitz.

Klum was dressed to the impress for the occasion, arriving on the blue carpet in an ensemble that channeled the qualities of the highly-anticipated film. The German supermodel wore an ethereal one-shoulder dress by Lever Couture that was sheer and opaque. The airy piece featured a fluid-like bodice, an extreme thigh-high side slit and a curled hem.

Staying true to the movie’s theme, Klum styled her wet hair back away from her face and went with a dark smokey eye and pink pout. To place more emphasis on her outfit, the “Project Runway” host and judge simply accessorized with round stud earrings.

Completing Klum’s look was a pair of mules. The silhouette had a clear transparent strap across the toe, a pointy gold metallic outsole and was set on a thin stiletto heel. Mules are never too casual or too dressy. The silhouette offers business at the front and party at the back. The modern simplicity of mules enhances your daily styles with a fashionable touch without being too bold or too boring.

Klum’s husband Tom Kaulitz was sharply suited for the event. The musician stepped out in a silver metallic suit that was completed with a silk button-down shirt and platform slip-on sneakers.

“Avatar: The Way of Water,” which will be released on Dec. 16, is a sequel to 2009’s “Avatar” — the highest-grossing film of all time — and stars Zoe Saldaña, Sam Worthington, Stephen Lang, Bailey Bass and Sigourney Weaver.

PHOTOS: Discover more celebrity arrivals at the ‘Avatar: The Way of Water’ Premiere.