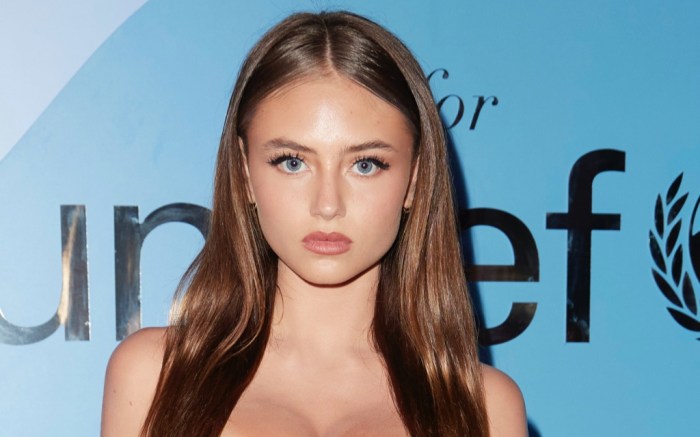 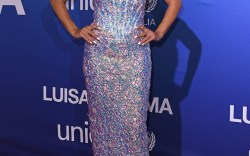 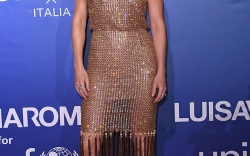 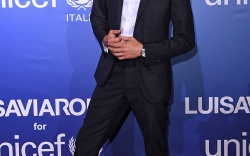 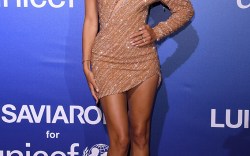 Leni Klum stepped out in a striking new look for the UNICEF Summer Gala, co-hosted with LuisaViaRoma. The event, held in Capri at the Certosa San Giacomo monastery, was followed by an afterparty hosted by Michael Kors — who also designed a limited-edition capsule collection for LuisaViaRoma for the occasion.

Klum arrived at the event in a slip dress by the American designer, featuring a sleeveless silhouette covered in black lace. Adding to the look’s nature was a flesh-tone slip lining, as well as allover sequins embroidered onto the intricate lace — creating a moment that was glamorous. The model’s outfit included no accessories, allowing her dress to make the greatest statement.

When it came to footwear, Klum continued her sleek streak in a set of lace-up sandals. Her black pair featured thin crossed toe straps, as well as long straps that laced up and wrapped around her calves. Completing the pair were allover black crystals, adding a dash of glamour to the slick footwear. Though Klum’s heels weren’t visible, it’s likely the pair included block or stiletto heels.

Discover more star arrivals from past UNICEF Summer Galas in the gallery.