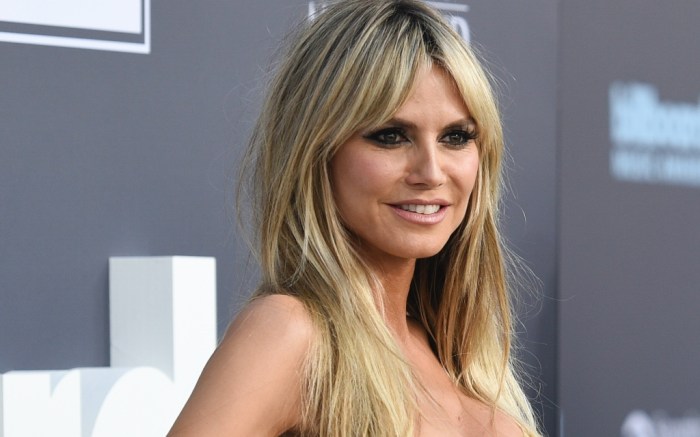 Heidi Klum brought her signature flair for the dramatic to the red carpet with husband Tom Kaulitz. The couple arrived in coordinating ensembles specifically for the Billboard Music Awards in Las Vegas on Sunday.

Klum posed on the carpet in a light yellow dress by Maticevski. Her “Nightshift” gown featured a strapless silhoutte with a twisted neckline and structured bodice. Her skirt, which featured a wrapped effect, parted in a triangular form to create a sultry thigh-high slit. Klum finished her ensemble with black gloves that stretched over her elbows for added drama.

Kaulitz’s all-black outfit and slip-on sneakers, while more casual than Klum’s dress, coordinated with her accessories to create a complementary couples’ style moment.

When it came to footwear, the “Germany’s Next Top Model” host layered her look with a pair of sharp black boots. Her suede pair featured pointed toes and stiletto heels totaling 4-5 inches in height. The style appeared to include uppers that stretched just above her knees, creating an added dimension fo her ensemble and a nearly cutout-like effect when paired with her dress.