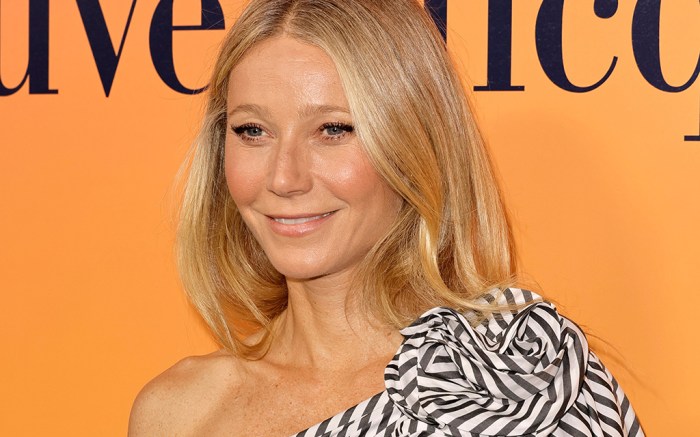 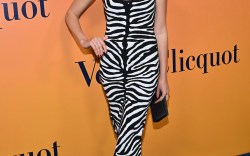 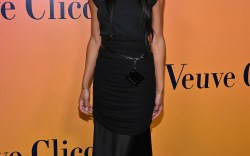 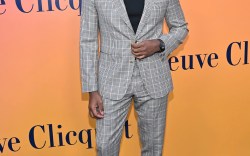 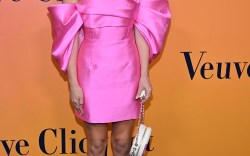 Paltrow’s dress was a feat of fabric engineering with a hypnotizing black and white striped pattern. The daring style consisted of an asymmetrical top with a singular billowing sleeve followed by a large cut-out just below the bodice. The skirt of the dress was also gathered to one side and fitted with a side slit.

Going gold, Paltrow wore gilded bling layered on her wrists, fingers, and stacked on her ear lobes. Her hair, as well as her makeup, were kept simple, emphasizing her dress.

The Goop founder stuck with the classics, securing her feet in black strappy sandal heels. The heel itself is skinny and long while the toe is rounded, contrasting the harsher lines at the hem of the dress. The shoe silhouette has been seen on countless stars thanks to the style’s endless versatility and practicality. The footwear goes with just about everything, making them the perfect shoe for almost every occasion.

Paltrow often opts for whimsical and slick footwear on the red carpet. Her ensembles are frequently paired with neutral, colorful or embellished stiletto sandals or pumps, hailing from luxury brands including Le Silla, Alexandre Birman, and Gucci.