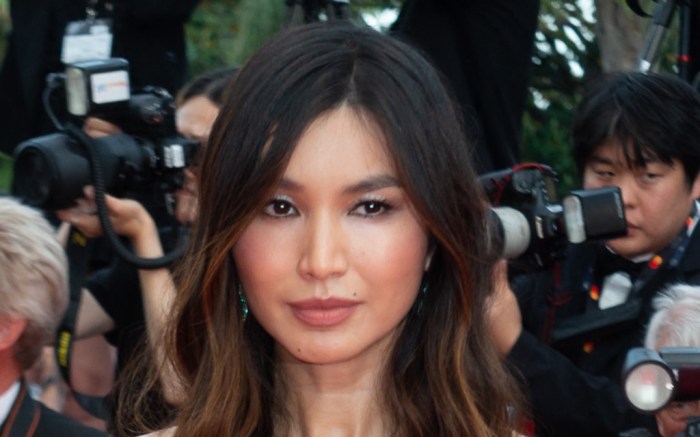 Gemma Chan was elegant while attending the closing ceremony of the 2022 Cannes Film Festival.

Chan’s high heels weren’t visible beneath her gown’s long train. However, it’s likely Corbin-Murray dressed the actress in a coordinating pair of mules, pointed-toe pumps or sandals. The three styles have all made the rounds on the Cannes Film Festival red carpet this season, appearing on numerous stars including Cara Delevingne, Sharon Stone and Anne Hathaway.

The Cannes Film Festival celebrates and previews upcoming international films. Held annually on the French Riviera, this year’s festival, which ran May 17-28, saw a return to its standard live format for the first time since 2019 — though Russians with government ties were banned from attending in solidarity with Ukraine during the ongoing war. On the starry front, the 2022 Festival hosted more Hollywood-focused films than it has since 2019, where highly anticipated movies “Top Gun: Maverick,” “Elvis” and “Armageddon Time” were shown.