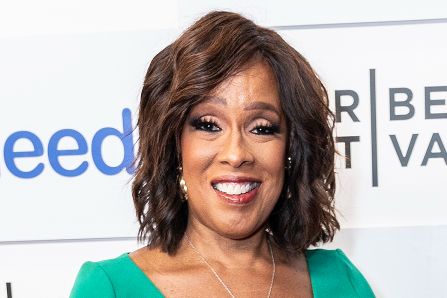 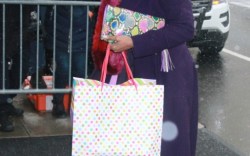 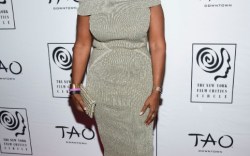 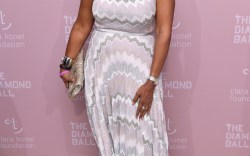 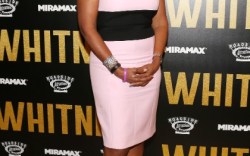 The TV journalist made her mark at the Directors Series with Tyler Perry at Spring Studios. Not wanting to make it worse, King wore one flat and one heel, wearing both stylishly despite the contrast.

King wore a summery seafoam green maxi dress with buttons going down the middle. The green dress had a V-cut neckline and short sleeves. The hemline was straight across with a short slit at the front.

The “CBS Mornings” anchor wore a mix of gold and silver jewelry around her neck, on her ears, and on her wrists, the mixed metals adding shine and glamour. She carried around a square clutch dotted in every color of the rainbow set on a white background.

The CBS journalist found herself in a simplistic style, on the carpet, complete with a flowy summer dress and whimsical accessories. The outfit is a playful and certainly colorful take on red carpet style; the journalist is known for embracing bright hues on and off the red carpet.

King wore two different shoes to the event, creating some buzz around the stylistic choice. She wore a seafoam green slingback heel with a square toe decorated in shiny dark green scales. King’s other foot was adorned in a chunky Crocs clog with a pastel floral print. The Croc was accompanied by a gray sock for comfort.