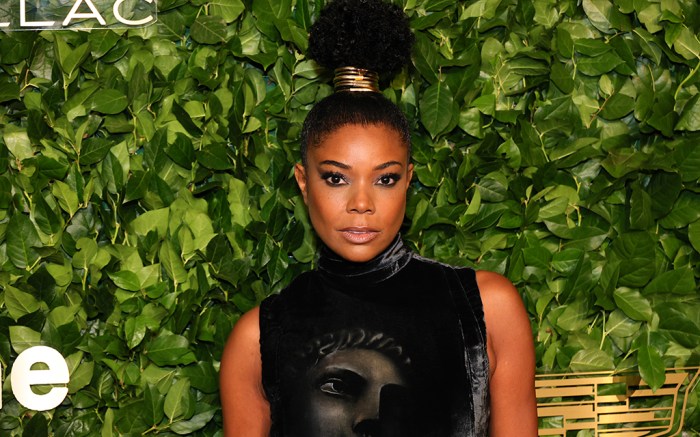 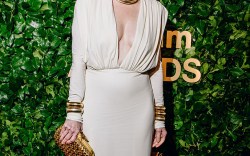 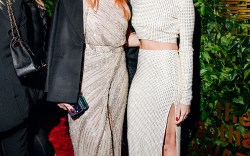 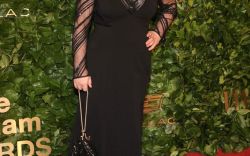 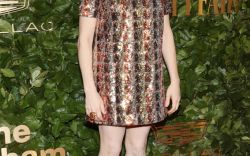 Gabrielle Union attended the 2022 Gotham Awards in New York at Cipriani Wall Street dressed in Fendi. The actress wore a black dress from the Italian brand’s spring 2022 couture show, which was inspired by ancient Rome and the “celestial power.”

The sweeping high-neck velvet gown was complete with a dramatic vignette of a Roman soldier sporting a brooding gaze on the front. Alongside the gown, the “Strange World” actress wore a diamond-encrusted Tiffany & Co. bangle in silver accompanied by a matching dazzling ring.

Union wore her hair up in a curly top knot situated in place with a winding golden accessory. Like her dress, the “10 Things I Hate About You” star was striking, accented with a glossy nude lip.

Although her shoes weren’t visible, the 50-year-old star tends to gravitate towards a few frequented simplified styles for footwear. On and off the red carpet, Union can usually be found wearing heels by Magda Butrym, By Far, and Gia Couture’s.

The Gotham Awards honor the top independent television series and films of the year with budgets under $35 million. The 2022 Awards, held in New York City by the Gotham Film and Media Institute, bestowed awards to projects including “Everything Everywhere All At Once,” “Tar” and “Aftersun.” In addition to the evening’s competitive winners, the occasion also paid tribute to numerous individuals, including Michelle Williams, Adam Sandler, the cast of “Fire Island” and the late Sidney Poitier.