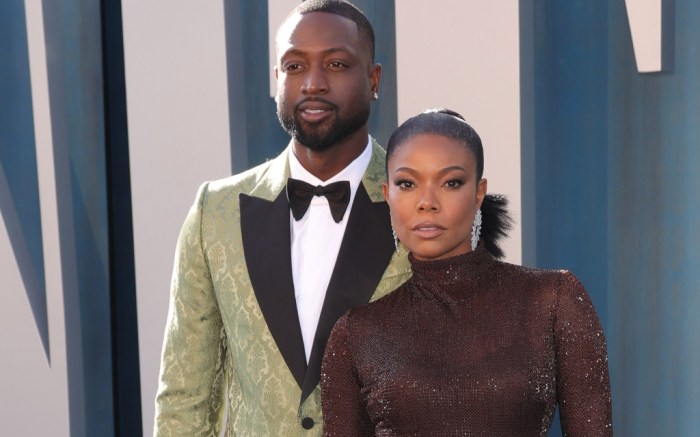 Gabrielle Union and Dwyane Wade made a fashionable appearance at the Vanity Fair Oscars after-party on Sunday night.

While the legendary baller donned an ultra-sleek Gucci tuxedo and horsebit loafers for the special occasion, Union shimmered in a chocolate brown long-sleeve gown. The Valentino look delivered a subtly semi-sheer effect.

The “Cheaper by the Dozen” actress, who just debuted her first-ever shoe line with New York & Company, also wore black sandals and an assortment of sparkling jewelry by Messika Paris.

The event’s nominees include a range of Hollywood’s top stars, including Kristen Stewart, Andrew Garfield, Kirsten Dunst and more. The evening concludes with a range of similarly star-studded after parties, hosted by the Elton John AIDS Foundation, Vanity Fair and more. You can also watch via streaming services like Hulu+ Live TV, Fubo TV, and YouTube TV.