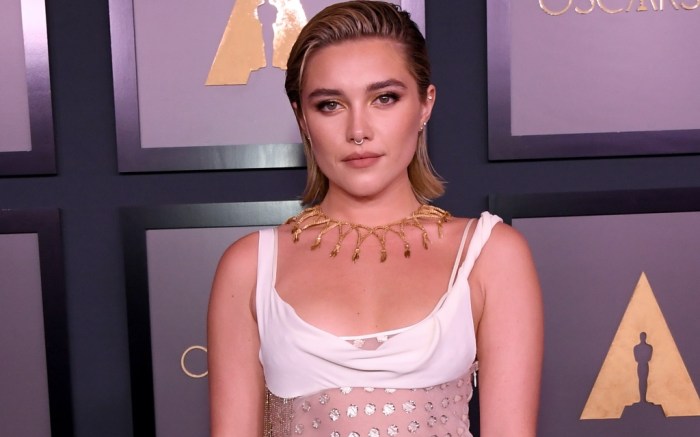 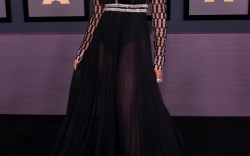 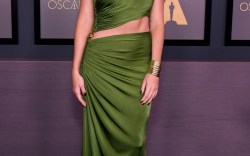 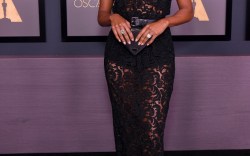 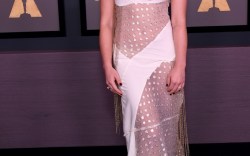 When it came to shoes, the “Little Women” star’s footwear was hidden beneath her gown’ long hem. However, the style could be faintly seen from its sheer texture, revealed to be a towering set of platform pumps. The white style, creating a monochrome finish to Pugh’s look, featured leather upper with thick soles and closed toes, complemented by thin ankle straps. Towering heels totaling at least 5-6 inches in height finished the set, allowing her to further elevate her ensemble — literally — on the red carpet.