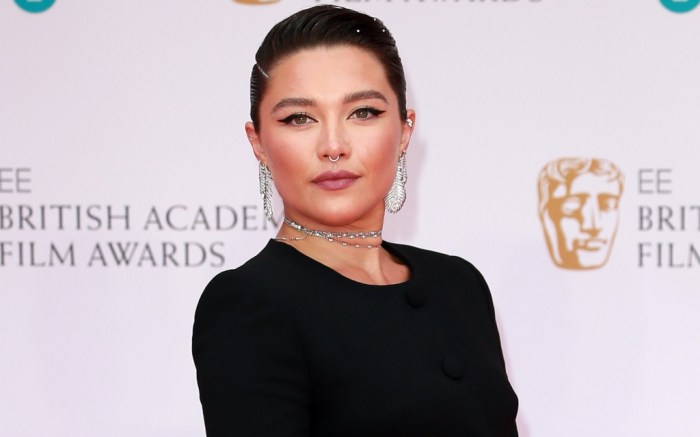 Florence Pugh wore a simple, sleek look with a dramatic element to the BAFTAs.

The “Black Widow” actress hit the British Academy Film Awards on Sunday in London. Pugh wore a black long sleeve mini dress from Carolina Herrera that had an oversized light pink bow detail on the back. Pugh added drop earrings, a choker necklace and a few chunky rings to the overall look. She also slipped into a pair of black peep toe heels from Christian Louboutin for the event.

Later in the night, Pugh hit the British Vogue And Tiffany & Co. Celebrate Fashion And Film Party, also held in London. To this event, she switched into a different look. The “Little Women” actress wore a light pink mini dress from Halpern with a corset bodice and a train detail on the side. She added a thick crystal necklace and small earrings to her look. She added more glitz with her sparkly silver heels that wrapped up her ankle.