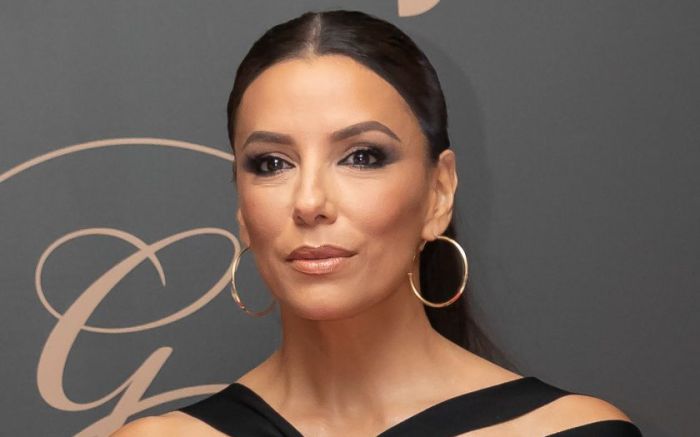 Eva Longoria stepped out for The Global Gift Gala at the 75th annual Cannes Film Festival at the JW Marriott in Cannes, France, on Wednesday.

The actress wore a black Roberto Cavalli gown with a crisscrossed pattern on the bodice secured by a gold lion and gold hoops. The black fabric creates cutouts for a peekaboo moment. The crossing of the black fabric also created a sort of high neckline. The skirt of the gown is made of a slightly see-through material that cascades out at the bottom like a mermaid style in voluminous layers.

The star exudes confidence and swagger naturally, the dress enhancing those traits. The actress embraces glamour effortlessly from her hoops down to her shoes.