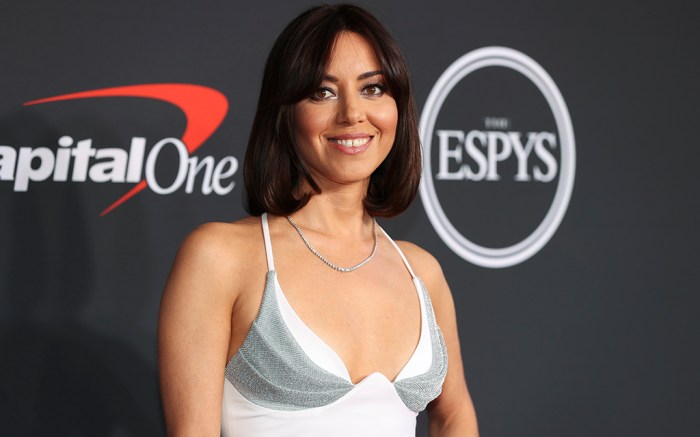 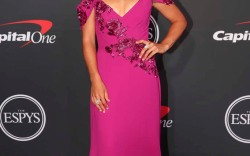 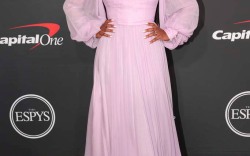 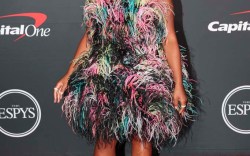 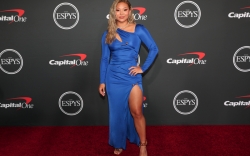 Aubrey Plaza channeled ’90s supermodel glamour in a gorgeous slip dress by Et Ochs at the 2022 ESPY Awards on Wednesday in Los Angeles.

The red carpet was star-studded as athletes, musicians and actors brought A-game style. Among them, Plaza arrived in a glorious white and silver slip dress, taking a page out of the ’90s most fashionable models like Kate Moss and Naomi Campbell for some heavy fashion inspiration.

The “Parks and Recreations” star donned a white maxi dress with a silver sparkling bodice. The dress featured thin spaghetti straps that seemed to gather in the back like a halter neck. The ensemble was also fitted with shining silver chainmail detailing that curved and mimicked the actress’s frame.

The fitted dress created a lengthy silhouette for the 5-foot-6 star, making her look much taller. The star accessorized with a shining silver chain, chunky silver rings, and silver studs.

Plaza’s hair style emphasized the retro inspiration, curling her long bob at the ends, keeping the style sleek and shiny. Her makeup was also accented with silver glitter like the outfit, creating consistency and cohesion.

While Plaza’s footwear was covered by her lengthy gown, the actress is most often found in whimsical pumps. The shoes she wears usually has an interesting heel or color scheme that makes the footwear unique and eye-catching.

The ESPYS, or the Excellence in Sports Performance Yearly Awards, is an annual ESPN award show celebrating outstanding achievements in sports. This year’s show will be hosted by NBA superstar Stephen Curry, with award recipients selected by sportswriters, broadcasters, sports executives, and players as well as fan voting. The biggest awards of the night are Best Men’s Sport Athlete and Best Women’s Sport Athlete, along with Breakthrough Athlete and Best Record-Breaking Performance.

See all the arrivals from the 2022 ESPY Awards red carpet.