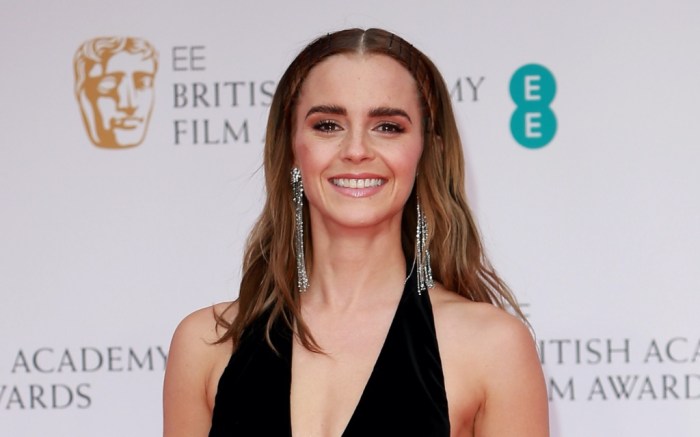 The “Harry Potter” actress added a pair of intricate heels to her ensemble. She wore a pair of black pumps with a pointed toe and a black band that wrapped up her ankles. The strap featured beading that dangled along the actress’ legs. Her shoes popped against the white tulle and were shown off with the high-low style of the dress.

Later in the evening, Watson made her way to the British Vogue And Tiffany & Co. Celebrate Fashion and Film Party, also held in London. For the after-party, Watson wore a more casual look consisting of a black blazer and black trousers. Under the jacket, she wore a black lace top. She finished off her look with a pair of patent black leather combat boots that gave a touch of edge to the menswear outfit.