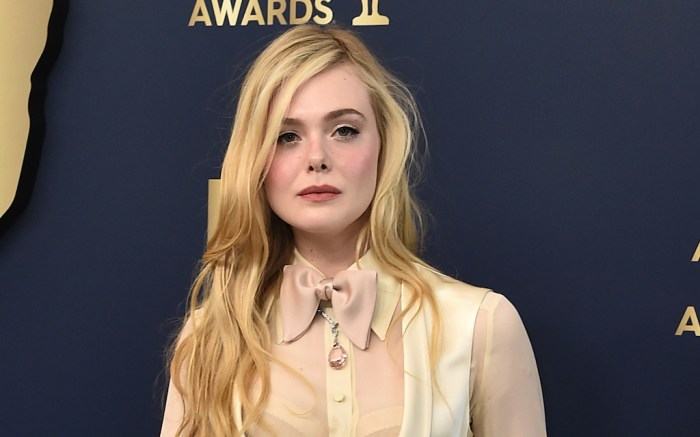 Elle Fanning means business in a sleek ensemble at the 2022 SAG Awards. “The Great” actress is nominated for “Outstanding Performance by a Female Actor in a Comedy Series” for her role as Catherine in the hit Hulu series.

Outfit-wise, Fanning wore a striking cream and white look consisting of a vest that had a plunging neckline, two front pockets and three buttons on the front of the garment by Gucci. Underneath, she wore a sheer blouse that exposed her bra and had structured cuffs for a sophisticated touch. On the lower half, Fanning wore a pair of flowy black sequined trousers that radiated in the camera light.

When it comes to accessories, she wore a couple of diamond rings and a diamond necklace adorned with a pink gem paired with a blush-colored bow.

To finish everything, Fanning opted for a pair of Gucci platforms that completed her attire perfectly.