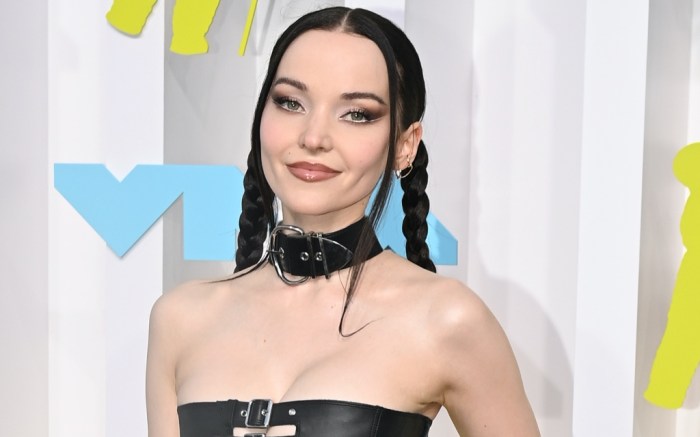 While hitting the red carpet at Prudential Center on Sunday night, the former “Liv and Maddy” star posed in a strapless black dress. Giving the piece a romantic twist was an allover delicate white, pink and red floral print. Punctuating the blooms with a hard edge, however, was a black buckled leather bodice that created a cutout appearance. Completing Cameron’s outfit with a bondage-esque twist were a matching thick belt and choker with thin silver buckles and metal-tipped ends.

When it came to shoes, Cameron’s outfit was given a clean base with black platform sandals. The “Boyfriend” singer’s set featured suede uppers with towering block heels totaling at least 4 inches in height. Curved peep-toe straps finished the set, providing ventilation while ensuring Cameron’s dress was the focal point of her gothically glamorous outfit.