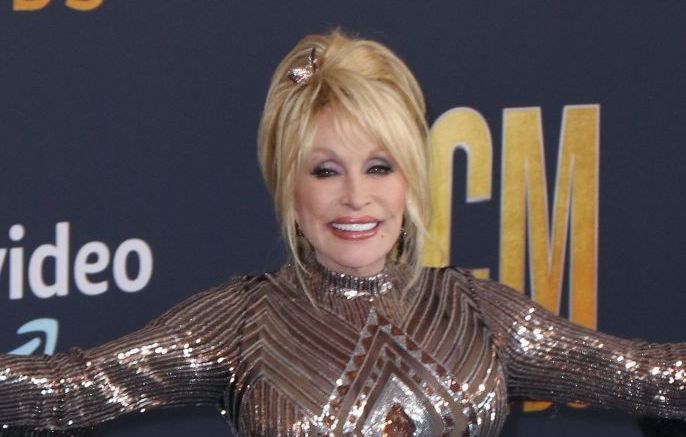 Beloved country singer Dolly Parton was the first of many to arrive at the 2022 Academy of Country Music Awards at Allegiant Stadium on March 7  in Las Vegas, where musicians honored outstanding achievement in entertainment.

The star did a twirl or two, showing off the sparkling gown complete with a series of silver sparkles on top and on the sleeves, tapering off into black fringy sequined pieces that gave the dress an enormous amount of movement. The gown moved and flowed as Parton did as she made her way down the red carpet. Parton embraced her signature look with her hair up and out of her face in a high pony. The country legend wore two black rings but kept the jewelry to a minimum, allowing the dress to shine. Parton stepped onto the carpet in a pair of chunky black pumps with a peep toe to show off her pedicure. The heels added extra height and volume to the dazzling outfit.