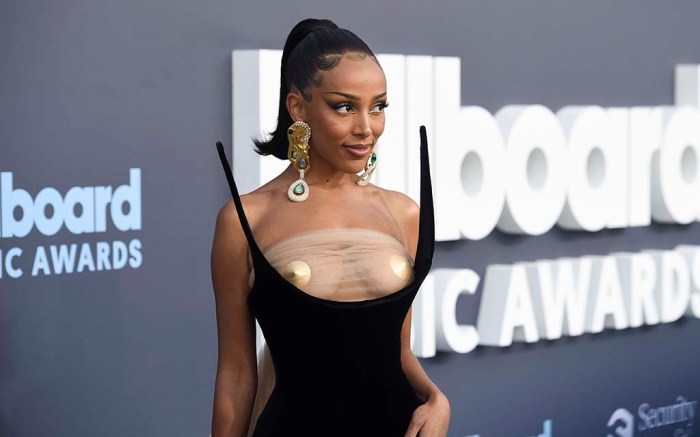 Known for her bold red carpet looks, the “Kiss Me More” hitmaker also accessorized with dangly statement earrings and a gold bag in the shape of Saturn.