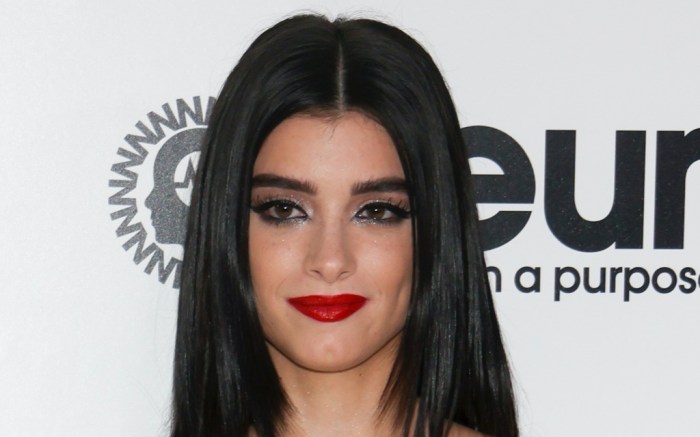 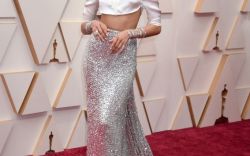 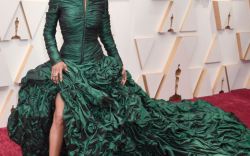 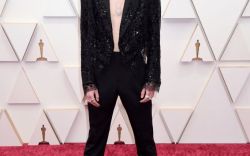 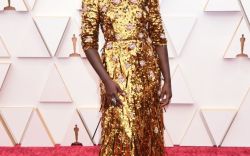 The TikTok influencer hit the red carpet at West Hollywood Park in a strapless Khoon Hooi gown. The piece was composed of black taffeta, with a slim fit for added sleekness. Giving D’Amelio’s ensemble a burst of glamour was a black mesh netting overlay, which was studded with crystals for allover sparkle. The sleek number was paired with a simple red lip, allowing her dress to make its own shiny statement.

D’Amelio even matched with her sister, Charlie, who also wore a sparkly strapless black gown by Prada.

D’Amelio’s footwear wasn’t visible beneath her gown’s long skirt. However, she matched with Charlie yet again in a pair of sharp black Jimmy Choo high heels. To be specific, she wore a set of black satin pumps with triangular toes and delicate crystal ankle straps. Completing the chic pair, which instantly streamlined her look, were a set of stiletto heels totaling at least 4 inches in height. D’Amelio’s footwear proved a versatile base for her ensemble, creating a glamorous monochrome moment.