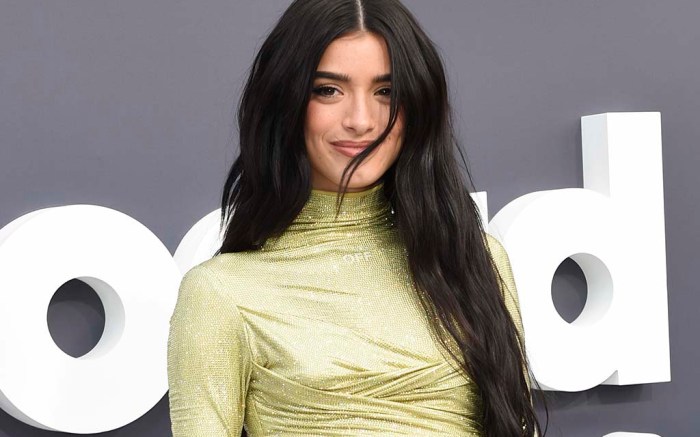 Singer and TikTok star Dixie D’Amelio hit the red carpet for the 2022 Billboard Music Awards in Las Vegas in a stunning minidress and coordinating heels on Sunday.

D’Amelio, who is taking the stage to present at the awards show, arrived to the red carpet wearing a sparkling Off-White turtleneck dress.

On her Instagram stories, D’Amelio shared a sneak peek of her dress by posting a close-up shot of the word “OFF,” which is emblazoned on the chest in subtle, slightly white sequins that very nearly blend in with the lime green color of the rest of the ensemble. The fitted mini dress has a slight mock neck, long sleeves and flattering ruching that runs throughout the entire body.

As for her shoes, the singer wore heeled mules that match perfectly. The square-toe heels are also covered in sequins of the same lime green hue as the dress. As for her hair, D’Amelio wore her hair in long beachy waves, which add an air of laid-back glam to the overall look.