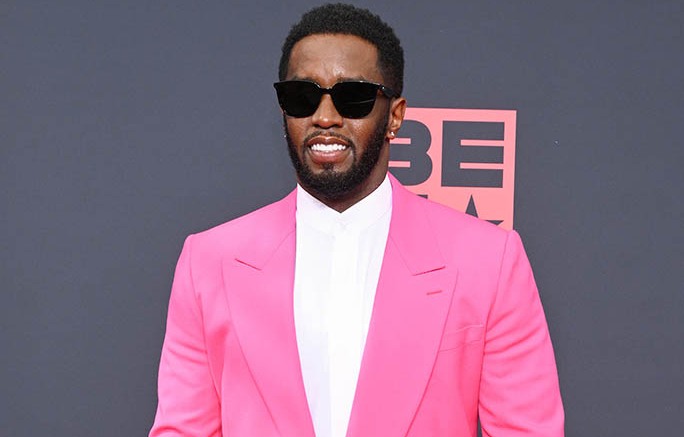 Sean ‘Diddy’ Combs was sharply suited for the 2022 BET Awards held at the Microsoft Theater in Los Angeles on Sunday. The legendary musician and world-renowned entrepreneur will receive his biggest bouquet of flowers with the honor of the Lifetime Achievement Award. Diddy will take the stage alongside Mary J. Blige, Jodeci, Lil Kim and Busta Rhymes. The ensemble of musical acts will speak to the icon’s profound legacy.

The “Gotta Move On” rapper arrived on the red carpet alongside his mother Janice Combs. Diddy stepped out in a trademark summer color, a pink suit which he complemented with a white button-down shirt. The overcoat featured wide lapels, side slant pockets and an asymmetrical hemline. He teamed his tops with matching pants.

The “I’ll Be Missing You” artist accessorized with sleek black shades, a silver watch and a diamond ring. Completing his look was a pair of shiny black leather loafers. The patent silhouette had an elongated square toe and stacked heel. Loafers were first popularized in the 1950s amongst men, yet evolved over time into many styles and silhouettes. For men, loafers tend to be business-casual shoes; for women, they can also be lug-sole shoes synonymous with schoolgirl style.