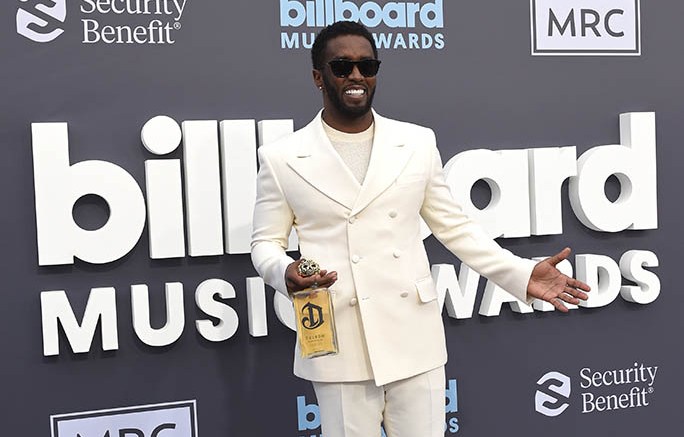 Sean ‘Diddy’ Combs turned the red carpet into a party as he arrived at the 2022 Billboard Music Awards. The multi-hyphenate superstar will host one of music’s biggest night held at the MGM Grand Garden Arena in Las Vegas on Sunday.

The world-renowned entrepreneur arrived in a sharp cream suit. The formal attire consisted of a double breasted blazer that was streamlined with buttons and side slant pockets. He teamed the overcoat with a matching top and pants. The sleek bottoms had seamed creases and slightly flared leg. As for footwear, the two-time Billboard Music Award added a slick edge to his vibe with black shoes.

This year’s show marks 25 years since Combs won his first BBMA in 1997, for his album “No Way Out.” He last appeared on the BBMA stage in 2017, paying tribute to the late Notorious B.I.G. on what would have been his 45th birthday.