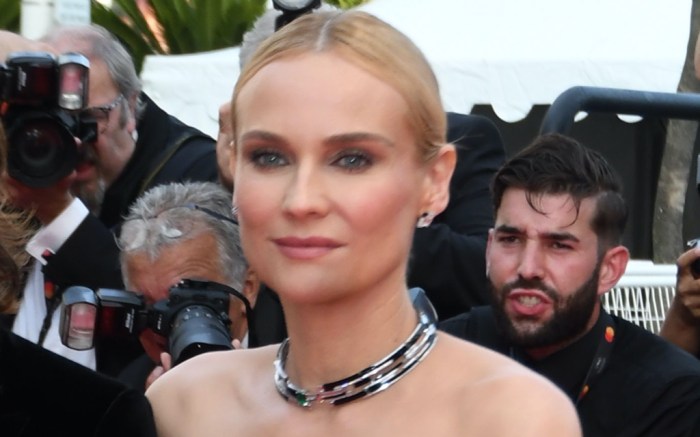 Diane Kruger elevated a sleek gown for the Closing Ceremony of the 2022 Cannes Film Festival.

While arriving with Norman Reedus, the “Troy” actress posed on the red carpet in a sleek AMI gown. Designed by Alexandre Mattiussi, the slim-fitting number featured a strapless silhouette with a midi-length skirt — plus a back slit for added movement. Giving the piece added flair was a massive bow, which flowed into a sharply draped train behind Kruger.

Topping the actress’ Karla Welch-styled ensemble were a black and silver Chaumet necklace and stud earrings, completing her look with an elegant finish.

The Cannes Film Festival celebrates and previews upcoming international films. Held annually on the French Riviera, this year’s festival, which ran May 17-28, saw a return to its standard live format for the first time since 2019 — though Russians with government ties were banned from attending in solidarity with Ukraine during the ongoing war. On the starry front, the 2022 Festival hosted more Hollywood-focused films than it has since 2019, where highly anticipated movies “Top Gun: Maverick,” “Elvis” and “Armageddon Time” were shown.