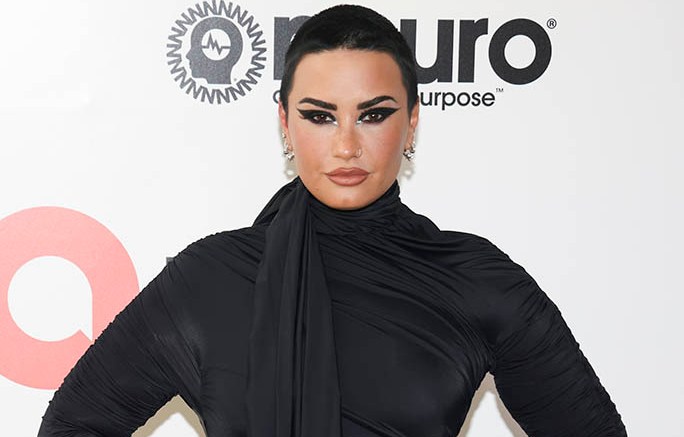 Lovato stepped out in a head-to-toe black outfit. Her long-sleeve dress was complete with a turtleneck bow embellishment and a dramatic train. The “Confident” singer took things up a notch with sharp winged eyeliner, satin gloves, dainty earrings and large diamond rings. Lovato gelled her raven pixie down and added a matte neutral lip.

The Grammy-nominated songstress coordinated the number with a pair of black pumps. The classic high heels featured a triangular pointed toe and stiletto heel. The slip-on silhouette offers versatility while the construction proves to be both luxe and durable.