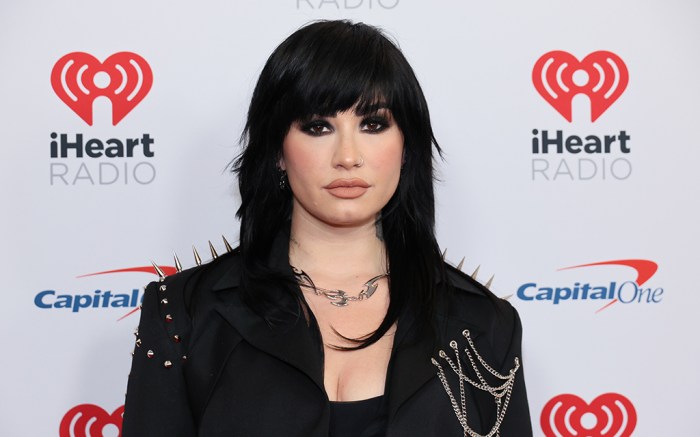 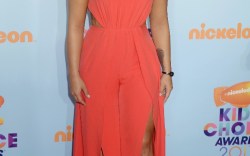 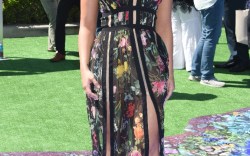 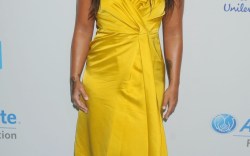 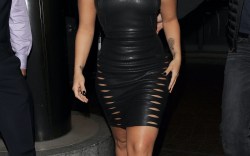 The performer’s look featured a black cropped jacket lined with silver spikes and thin chains to match. The outerwear was layered overtop a black boned corset top tucked into slouchy black trousers embellished with rows of silver eyelets. Along with the eyelets, the pants featured large metal buckles, clasps and more chains that made Lovato look like a rock star.

The former Disney Channel star wore a futuristic necklace made up of a swirling design and wore her jet black hair down in a shaggy but simple face-framing style. Much like her outfit, Lovato’s makeup was also dark and brooding with intense smokey eyes and a nude lip.

When it came to footwear, Lovato laced into a pair of black platform sneakers. The edgy style appeared to feature black canvas uppers with matching black laces and thick black ridged soles connected to capped toes. The pair provided a relaxed, laid-back but grungy vibe to the singer’s ensemble.

The pop star’s love for sky-high footwear silhouettes goes deep. The singer wore dark red oxfords studded with silver spokes all atop massive platforms. The former “X-Factor” judge previously wore similar styles by Stuart Weitzman, Saint Laurent, Casadei and Ruthie Davis to numerous events over the years. The singer has a rock star quality to her clothing these days that often features leather, glitter, metallics, and plenty of bling. The styling  perfectly complements the sleek and often edgy shoes they wear.

Always one for drama, Lovato also brought her style a-game to the 2022 UNICEF Gala. The actress wore a black gown and sharp Stuart Weitzman pumps.