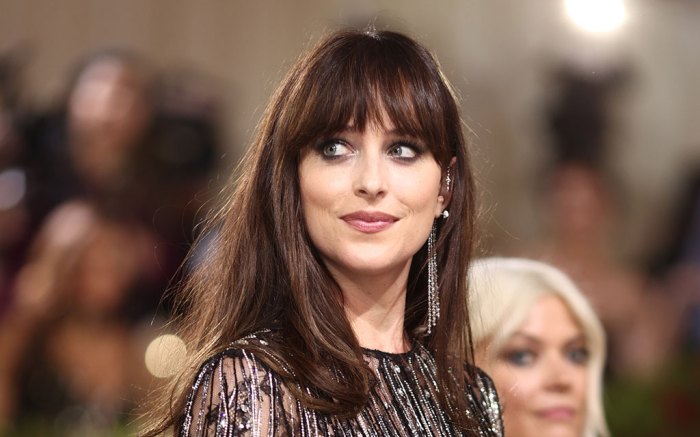 The “50 Shades of Gray” actress looked glamorous in Gucci. She took to the red carpet in a silver sparkling, barely-there Gucci jumpsuit. She styled the look in two different ways, first with a velvet ruby red robe that she slipped on over the jumpsuit. The robe flowed down below her feet and featured a train that draped behind her as well as a matching tie at her waist with a sparkly silver finish.

She then discarded the robe to show off the fitted jumpsuit. The black lace embroidered look also featured silver tassel-like detailing. She accessorized with long dangling earrings and a silver ring on her index finger.

For footwear, the 32-year-old slipped into a pair of black pointed-toe pumps. The patent leather shoes featured a V-shaped upper at her footbed as well as a thin stiletto heel that gave her some height.

Flip through the gallery to see more Met Gala arrivals.