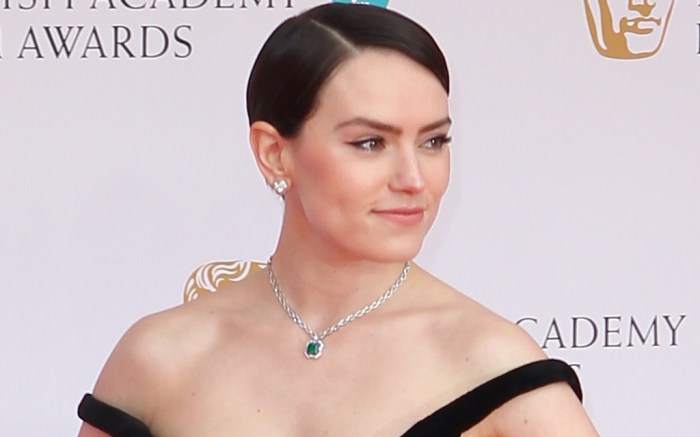 For the occasion, the “Star Wars” actress stepped out in a sweeping black gown by Vivienne Westwood. The romantic piece featured a slim-fitting off-the-shoulder velvet bodice, reminiscent of Westwood’s iconic corsets. For added drama, it also featured a gleaming tulle skirt that fanned out in layers. The elegant piece was paired with stud earrings, gold and diamond rings and a sparkling emerald pendant necklace.

For footwear, Ridley opted for a pair of heels. Though they were mostly hidden by her gown’s voluminous skirt, the pair appeared to feature a pointed-toe silhouette with black uppers. The style likely featured stiletto heels for an elegant height boost, as well as a soft material like silk, satin or suede.