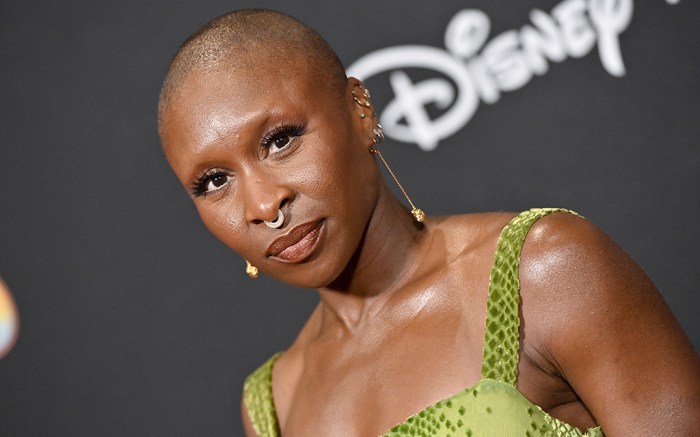 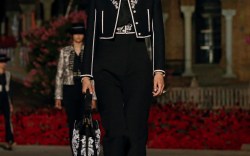 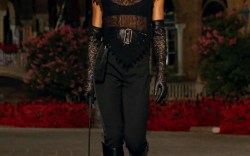 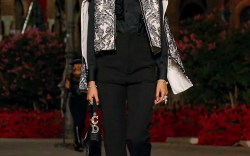 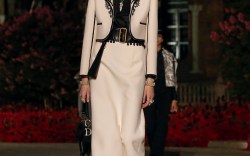 Looking as if she’d stepped right off of a space ship into the future, Erivo wore a vintage Christian Dior FW04 featuring a drop waist and a reptilian color scheme with a voluminous skirt. The eye-catching garment was held up with thick shoulder straps that transitioned into a geometric squared off neckline following a scale pattern embossed on the yellow and green fabric.

What truly set the gown apart was the gathered metallic gold and mustard yellow sheer fabric that made up the hemline, creating an impressive and certainly unique silhouette. Accessorizing minimally in order to highlight the gown, Erivo wore simple dangly earrings.

Taking her ensemble to another level, Erivo wore impossibly high platforms that took the Grammy award-winner to new heights quite literally.

“Pinocchio” is a 2022 American musical fantasy film directed by Robert Zemeckis starring Tom Hanks, and Cynthia Erivo adapted from a screenplay by Zemeckis and Chris Weitz. The live-action adaptation follows the original classic plot line of a puppet wanting to become a real boy. The film will be available for streaming Sept. 8 on Disney +.