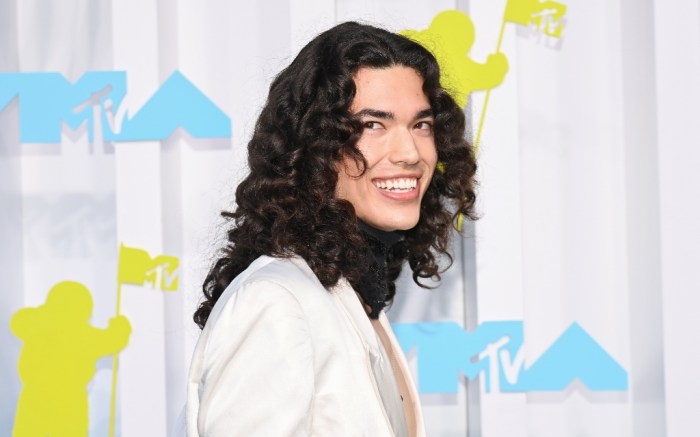 Conan Gray served an ethereal look on the red carpet over the weekend.

The “Heather” singer attended the 2022 MTV Video Music Awards on Sunday night. To the event, he went with a dramatic ensemble from Harris Reed. He wore a white blazer that turned into a sheer duster with lace detailing.

Gray wore the blazer open and skipped a shirt underneath. He added black high waisted trousers to the outfit with a wide leg opening, and accessorized his outfit with black lace gloves and a large black neckpiece from Dries Van Noten.

The “Maniac” musician finished off his look with a pair of towering shoes. He donned sparkly silver boots which featured a 5.5 inch platform with a whopping 8 inches of height in total. His Marc Jacobs boots added to the overall dramatic feel to the outfit.