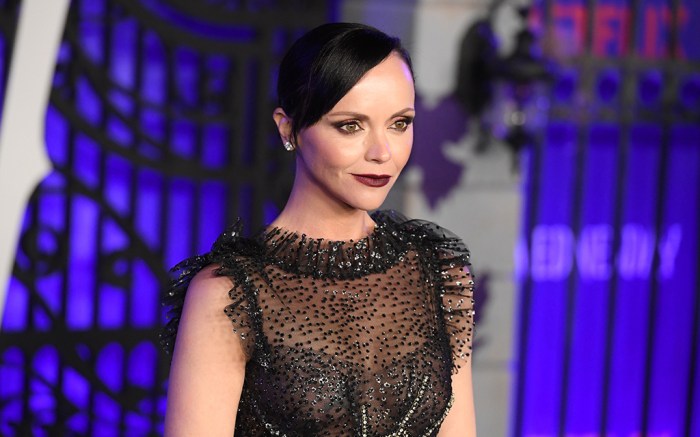 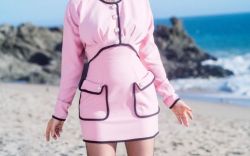 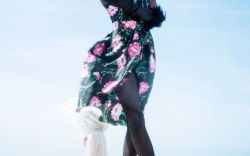 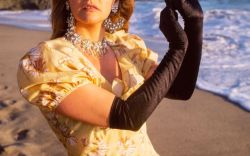 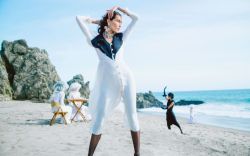 Christina Ricci graced the red carpet alongside her cast members for the world premiere of Netflix’s “Wednesday” at Hollywood Legion Theater yesterday in Los Angeles. “The Addams Family” actress made her mark on the event, donning a darkly romantic gown.

Embodying the Addams theme, Ricci wore a black sheer dress from Rodarte’s vampire-inspired fall 2020 collection. The multi-tiered ensemble was dotted with silver sequins and crystal and pearl embellishments that created a spiderweb adorning the midsection with a crystalized spider.

Ricci stacked on silver and ruby jewelry, the sparkling accessories embellishing almost every finger. The star’s dark hair was slicked back and styled in a deep side part while her makeup, like her outfit, was dark and brooding.

When it came to footwear, Ricci’s shoes could not be seen beneath her gown’s long hem. However, it’s likely she wore some sort of boot, platform sandal, or pointed-toe pump silhouette — top styles that Ricci often wears herself.

Last we saw her, Ricci brought romantic drama to the red carpet at the 2022 CFDA Awards in New York. The 42-year-old wore a sweeping green gown, also by Rodarte, alongside a sharp oblong black clutch, gleaming diamond bracelet, and stud earrings.

“Wednesday” tells the story of the beloved Addams Family, specifically Wednesday Addams as she attends Nevermore Academy. Wednesday attempts to master her emerging psychic abilities, thwart a killing spree, and solve the mystery that embroiled her parents 25 years ago. Ortega will be accompanied on-screen by Catherine Zeta-Jones and Christina Ricci among others. The television show based on the beloved movie franchise will be available for streaming on Netflix starting Nov. 23.

PHOTOS: See all the looks from Rodarte’s Fall 2021 ready-to-wear collection.