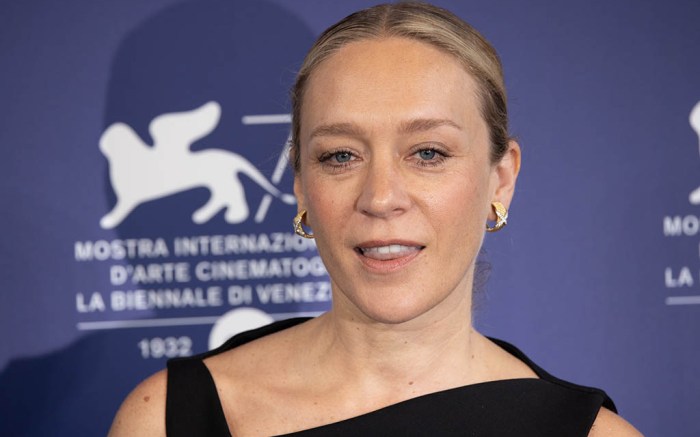 In striking black, Chloë Sevigny graced the red carpet of the 79th Venice International Film Festival  in Venice, Italy on Sept. 2 for the premiere of a film she stars in entitled, “Bones And All.” Setting herself apart from all the rest, Sevigny wore a Mugler mini dress with platforms in a sea full of lengthy gowns.

The style consisted of a sharp asymmetrical neckline and a sculpted skirt gathered to one side, offering the eye visual interest. The “American Psycho” actress was dotted with golden accessories like stacked chunky bangles and studs that further amplified the ensemble. Keeping her cool, Sevigny donned black cat-eye sunglasses with an oversized quality that she took off every now and again for pictures.

Adorned with gold eyelets and crystals, Sevigny’s shoes were also a structural masterwork featuring a mock-peep-toe covered up by bow detailing on either toe. The gilded heels came equipped with a chunky platform, effectively elevating the former model to new heights.

Directed by Luca Guadagnino, “Bones And All” is a drama and romance film that follows Maren Yearly, played by Taylor Russel, and Lee, played by Timothee Chalamet, as they navigate their painful pasts while kindling a blossoming relationship as they embark on a 3,000-mile odyssey through the backroads of America. The film is set to release Nov. 23, 2022.

PHOTOS: See the other celebrity red carpet arrivals at the Venice Film Festival.