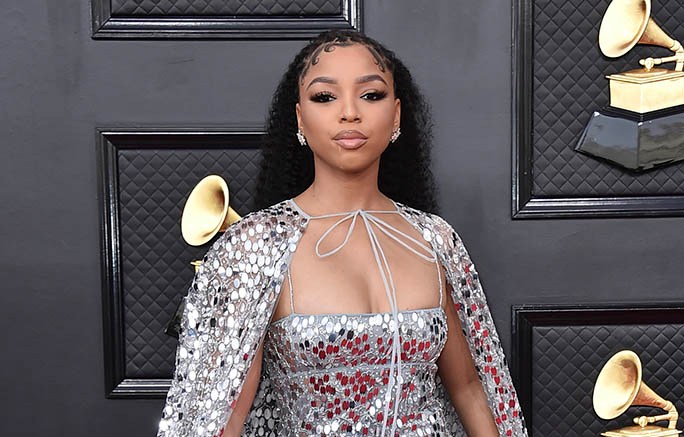 Chloe Bailey knows how to make a statement. The R&B singer pulled out a head-turning ensemble for the 2022 Grammy Awards held at the MCM Grand Garden Arena in Las Vegas on Sunday night.

Bailey lit up the red carpet with a silver crystal-embellished gown by Valentino. The form-fitting number had a plunging square neckline with thin spaghetti straps and a short slit on the side. The “Grown-ish” actress complemented her striking dress with a matching floor-length cape that draped effortlessly over her shoulders.

She teamed the electric ensemble with Tiffany & Co. jewelry which included chunky silver stud earrings, a bracelet and several midi rings. The “Have Mercy” songstress styled her hair in a long dramatic curly ponytail and kept some her signature locs out at the front.

As for footwear, the entertainer rounded things out with her favorite go-to silhouette a pair of platform pumps. The white open-toe heels included a chunky outer sole and a thin stiletto heel.