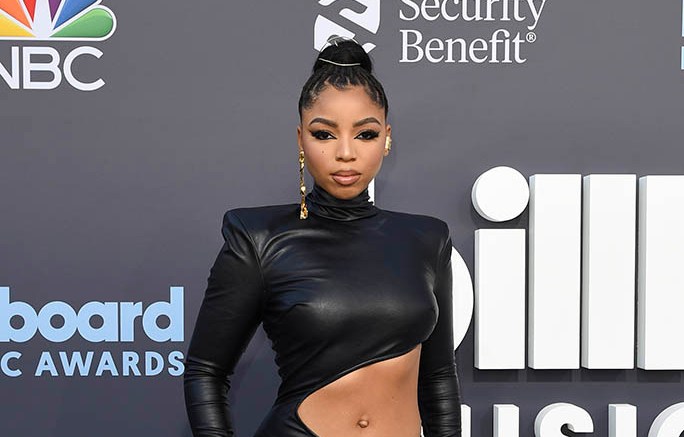 Chloe Bailey made a striking arrival at the 2022 Billboard Music Awards on Sunday. The star-studded celebration is held at the MGM Grand Garden Arena in Las Vegas.

The multi-hyphenate phenom served a monochromatic moment in a black leather dress by Valdrin Shahiti. The slick turtleneck number was complete with pointy shoulders and a risky stomach cutout.

To amp up the glam factor, the “Have Mercy” hitmaker put her own signature flair on the look by accessorizing with gold jewelry including chunky bracelets, an ear cuff, and one one long earring. The length of her dress didn’t allow for a peak at her footwear choice but it would be no surprise if the R&B songstress finished off her look with platform sandals, sharp pumps or statement sandals.