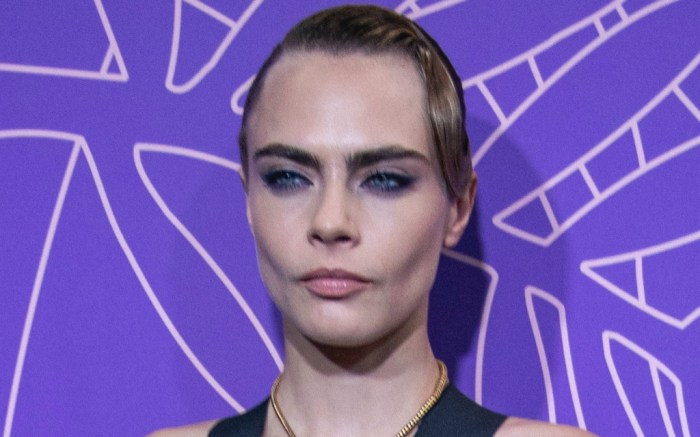 Cara Delevingne was sharply outfitted for the Cannes Film Festival — specifically, a celebratory dinner for the occasion’s 75th anniversary.

Delevingne’s shoes of choice complemented her ensemble to create a monochrome moment. The “Mirror, Mirror” author opted for a set of silky navy sandals that included supportive toe and ankle straps. Though the style wasn’t fully visible, it did include low platform soles — suggesting an addition of block or stiletto heels, similarly to trending platforms seen on red carpets this season.

However, this wasn’t Delevingne’s only sleek look worn during the Festival. On Tuesday, the Puma collaborator — alongside other models including Jourdan Dunn, Coco Rocha and Bella Hadid — attended a screening of “L’Innocent” in a custom black gown by Balmain with sheer diamond-shaped panels. Completing her daring eveningwear were sheer black gloves and a diamond necklace.