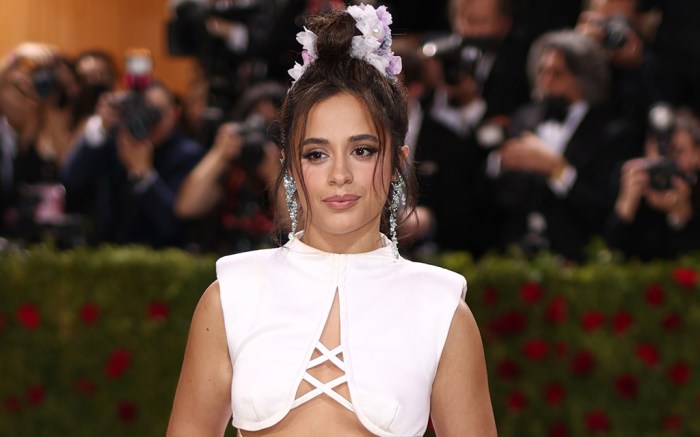 Camila Cabello is stunning in florals for the 2022 Met Gala tonight in New York.

Prabal Gurung dressed the singer’s dress, which consisted of a white lace-up crop top with a high neck. The lacing wrapped around the singer’s waist and under the bodice and through a cutout in the top. The top is sleeveless and simply divine, creating shape and structure.

The skirt is separate from the top, featuring tufts of multicolored flowers that look like they’re growing from each layer of the skirt. The skirt is long and voluminous with a lengthy train. Flowers dot each tier of the skirt, bringing color to the neutral dress.

The singer resembles a bride, ready to walk down the aisle in fashionable wears. The flowers are bursting from each layer in the skirt, creating a fun visual that is sure to stick with viewers and gala gowers for the rest of the night.

Cabello wore matching flowers in her hair to tie the look together and accessorized with dangling silver earrings with green accents.