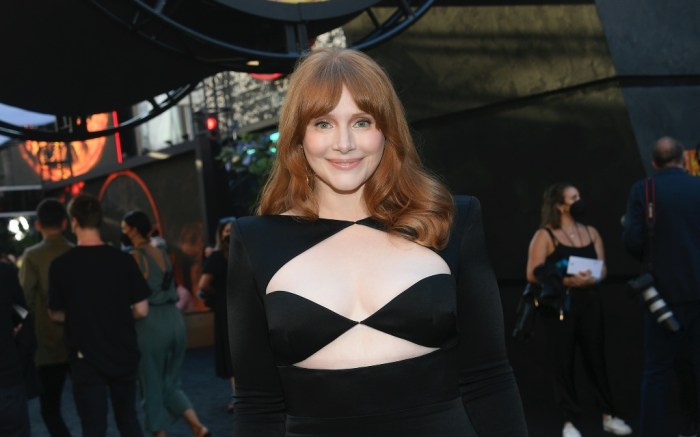 Bryce Dallas Howard donned a daring look at her latest event. The actress hit the red carpet ahead of the Hollywood premiere of “Jurassic World: Dominion” on Monday night in Los Angeles.

She stars as Claire in the film series, and reprised her role from “Jurassic World” in 2015. To the premiere, Howard wore a black floor-length dress from Alex Perry. The dress featured long sleeves, sharp structured shoulders, a slit down the back and a cutout design in the bodice. Howard kept her accessories to a minimum and wore her signature red locks down in loose waves.

Howard paired the peekaboo dress with trendy platform heels. Her black sandals featured an ankle strap for extra support and a thick, block heels that reached at least 5 inches. The towering pumps featured a rounded toe as well. Platforms have been getting the red carpet treatment as of late, from the Met Gala to the MTV VMAs.

Click here to see high heels through the decades.