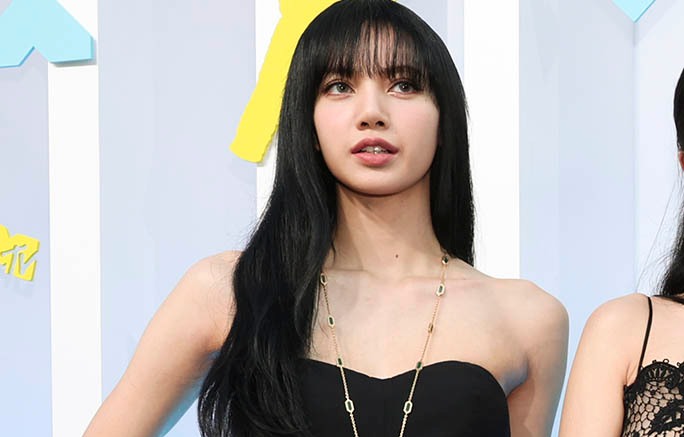 Lisa of the K-pop girl group Blackpink brought an edgy glamour to the 2022 MTV Video Music Awards red carpet. The dancer arrived alongside her group members Jisoo, Jennie and Rosé in all-black attire. Blackpink will perform for the first time at the annual ceremony, which celebrates the best music videos of the past year and features unforgettable performances, tributes and appearances from the biggest stars in music.

Lisa made a grand arrival in a black jumpsuit. The garment was far from simple as it included a sweetheart neckline and triangle cutout on the bodice. The details didn’t stop there, the piece also had a fitted pants leg and floor-length skirt that draped at the back and delicately swept the floor as she walked.

Lisa accessorized with long beaded necklace that had a tassel at the end. For glam, she styled her straight and rounded out the look with winged eyeliner and a pink pout.

Sticking to a monochromatic vibe, Lisa completed her look with black sandals. The shoe style had an asymmetrical strap that ran along he ankle and sat on a thin stiletto heel.