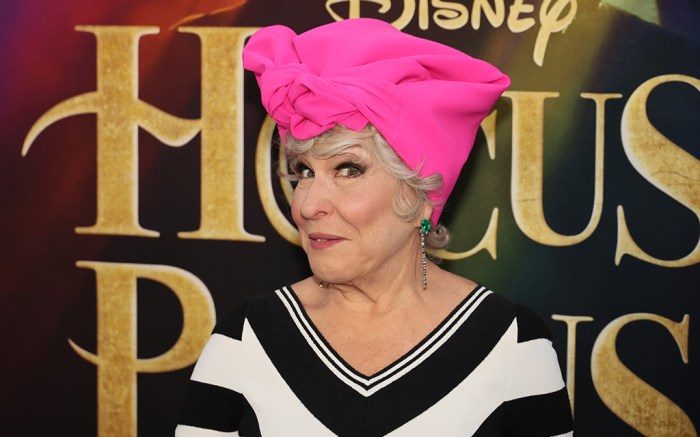 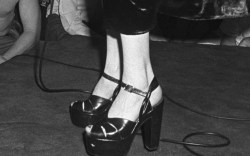 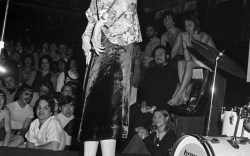 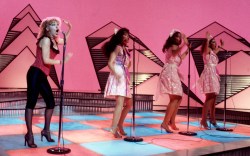 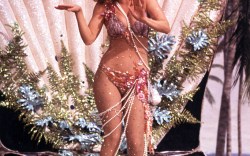 “Hocus Pocus” and Bette Midler have returned to the big screen for a sequel that premiered yesterday at the AMC Lincoln Square Theater in New York. Midler joined the spooky movie’s cast and crew in a multi-colored Christopher John Rogers gown and hidden heels.

The Golden Globe Award-winner’s dress consisted majority of geometric thick black and white stripes set on a flowing fabric with a modest neckline. The long sleeves that accompanied the garment were striped midway with bright rainbow hues that contrasted the neutral tones. Midler wore a hot pink head wrap and accessorized with dangling silver earrings and a stand-out chunky ring that offered the ensemble a welcomed shine.

Midler elevated her look by slipping on a pair of purple metallic open-toe platforms that were almost invisible thanks to the length of her dress.

Midler has made a name for herself in Hollywood thanks to her impeccable singing and comedic talents on and off stage. Like her work, “The First Wives Club” actress’ taste in clothing is timeless, Midler and her team working to bring life to simple silhouettes with major potential.

“Hocus Pocus 2” will be available to stream on Disney+ starting on Friday, Sept. 30. The film, directed by Anne Fletcher and written by Jen D’Angelo, is a sequel to the Halloween classic released in 1993. Bette Midler, Sarah Jessica Parker and Kathy Najimy are reprising their roles as the Sanderson sisters. “Hocus Pocus 2” also added Tony Hale, Sam Richardson, Hannah Waddingham, Whitney Peak, and Lilia Buckingham to the cast.

PHOTOS: See how Bette Midler styles some of her favorite shoes.