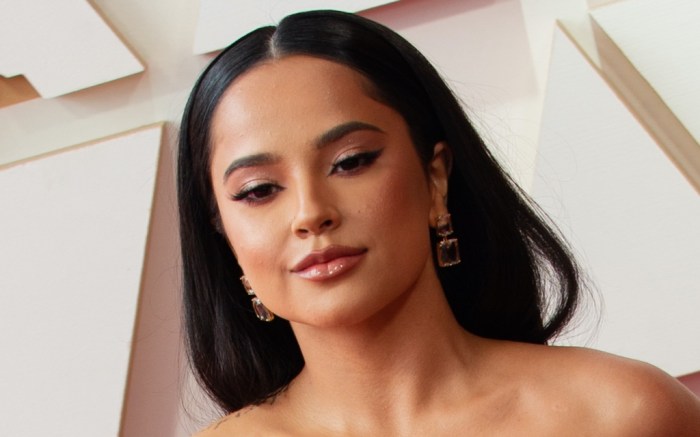 Becky G shone at the 2022 Oscars at the Dolby Theater in Los Angeles — thanks to a glamorous dress and sky-high heels.

The “Shower” singer hit the red carpet in a strapless sparkling Etro gown. The rose gold number featured a slim fit, as well as allover crystal embroidery and hip accents shaped like enlarged flowers. The elegant piece was completed with dazzling diamond rings and drop earrings for added glamour.

When it came to shoes, Becky G’s footwear  — though hidden beneath her gown’s train — hailed from Jimmy Choo. The singer tapped the brand for a pair of its Max platform sandals, which included thick soles, wide toe straps and buckled ankle straps in a plush nude silk. The set was finished with towering stiletto heels, totaling 6 inches in height. Becky G’s high heels played on her dress’ rosy pink tones, creating a complementary ensemble.