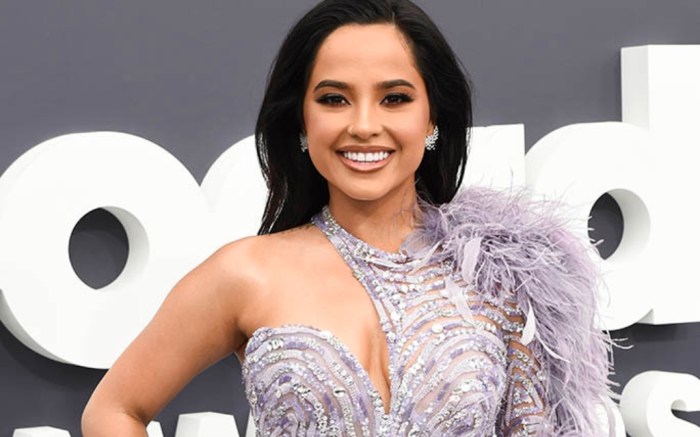 At the Billboard Music Awards on Sunday, Becky G hit the red carpet in a glamorous lavender look complete with sky-high heels.

The pop star stepped out in a light purple mini dress by Zuhair Murad featuring a one-sleeve design and crystal adornments throughout. She paired the unique feathered-embellished number with soaring platform sandals done in a silver metallic leather finish. The “Shower” singer pulled the head-turning look together with blinged-out Hueb earrings and rings by 64 Facets, Kallati and Djula.

The 25-year-old, who just dropped her latest album “Esquemas” on Friday, will perform her hit song “MAMIII.”