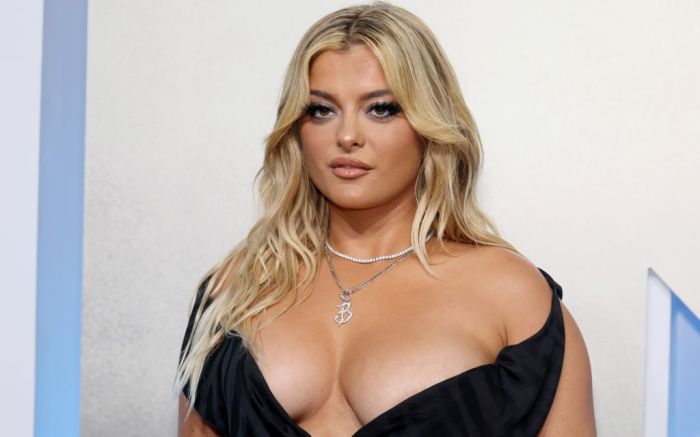 Bebe Rexha brought a striking take to the LBD during the 2022 MTV Video Music Awards in Newark, New Jersey.

While hitting the red carpet at Prudential Center on Sunday night, the “Break My Heart Myself” singer posed in a striped black dress by Vivienne Westwood. The sleek number featured a deep neckline with round draped off-the-shoulder sleeves, tied in the center to resemble a cinched bow.

Rexha’s ensemble was finished with an allover silky striped pattern, as well as a draped skirt that created a romantic twist. A thigh-high slit, as well as gleaming diamond rings, square-shaped earrings and two delicate necklaces — one a tennis necklace, the other a thin silver chain with a “B”-shaped pendant — finished her outfit.

When it came to shoes, the “I’m A Mess” singer’s footwear was a pair of patent leather platform sandals.