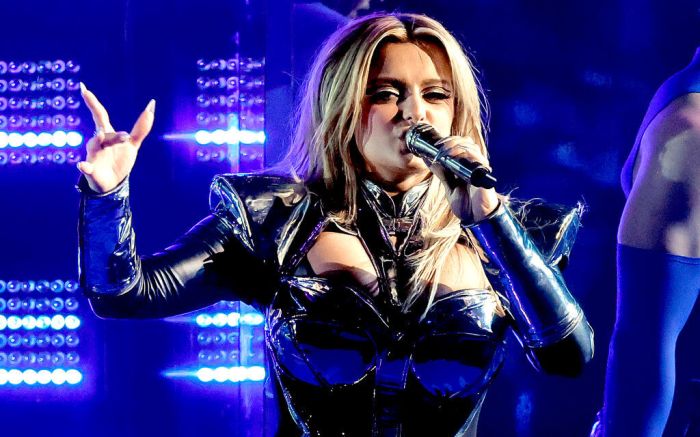 For her performance, Rexha wore a black leather bodysuit with metallic fabric highlights with strategic cutouts over the chest and at the waist with mesh paneling. The bodysuit also featured a mandarin-style collar, built-in with a corset and dramatic shoulder padding.

Rexha wore her blond locks down. For makeup, she went with black and white graphic eyeliner and neutral lips. The singer styled the look further with a long silver manicure, adding to the metallic effect of the outfit.