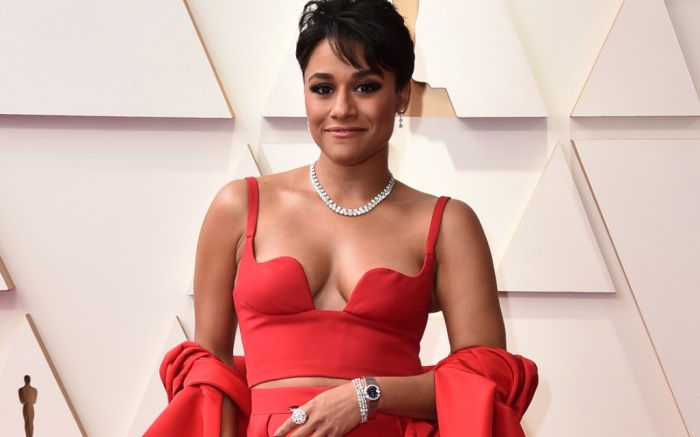 Ariana DeBose, who just picked up the Oscar for Best Actress in a Supporting Role for her performance as Anita in the “West Side Story” remake, made waves on the red carpet tonight in Los Angeles.

The actress donned a custom design by Valentino for the special night. DeBose arrived in a bold red crop top paired with tuxedo pants and a glamorous coat that extended from her elbows down to her matching shoes by Valentino Garavani.

The 31-year-old star’s red pumps were set on a chunky platform, giving her a bit of a lift for the dramatic hybrid look.